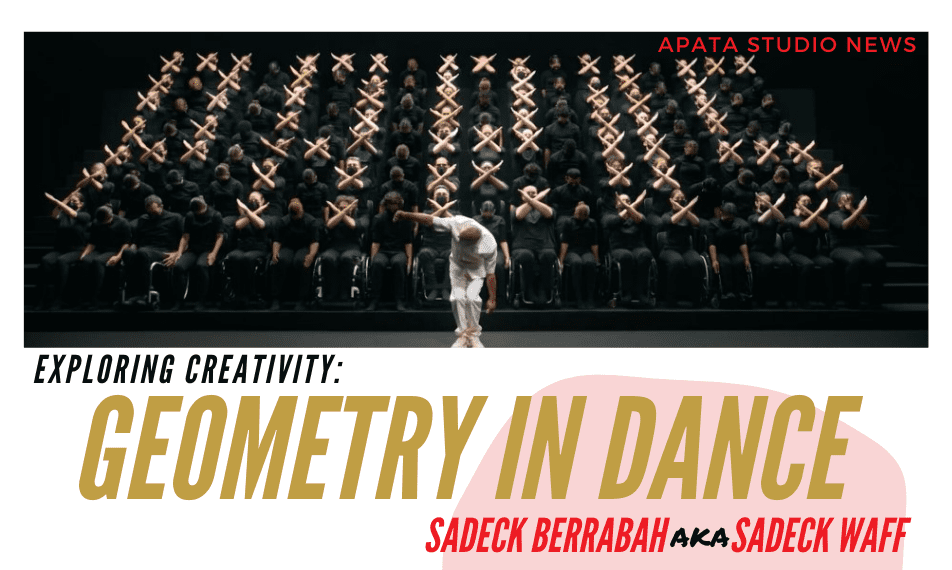 Murmuration refers to the phenomenon that results when hundreds, sometimes thousands, of starlings fly in swooping, intricately coordinated patterns through the sky.

Transpose that phenomenon with “tutting” – the Hip Hop dance style based on the poses of ancient Egyptian hieroglyphs, namely Tutankhamun or ‘King Tut’, and you have Sadeck Berrabah aka Sadeck Waff‘s dance vision known as the Murmuration Project.

You may have first encountered Berrabah’s work during this year’s Paralympics handover from Tokyo to Paris. Where 128 dancers of all abilities performed Berrabah’s original choreography with what thisiscolossal.com coined, ‘ his limb-centric performances’.

Growing up in Forbach, France Berrabah came from humble beginnings where creativity played a big part in his life and where he developed a love for dancing and painting.

Now, as a dancer, choreographer, designer, and Artistic Director of Murmuration Berrabah seeks to evoke his passions by “Dancing my pictures,” he says. Through his crew Géométrie Variable, the video series titled Femezon and his visually stunning choreography.

Géométrie Variable have become well known for their appearances on TV shows such as France’s Got Talent and NBS’ World of Dance 2020 where they describe themselves as “poetry, connection, shapes, dancers, geometry, identity. That is who we are.”

Berrabah’s Covid lockdown videos quickly became a viral internet phenomenon further displaying his artistic vision to the world and of course the French Olympic Committee though one video in particular featuring himself and his daughter hold a special place in his extensive bio. See Géométrie Variable 2 below:

Working with video and filmmaking Berrrabah is able to “link his passion for drawing, dance, logic and DIY”. The exploding popularity of Murmuration means Berrabah and his team are in demand with major brands such as Hermes and Mercedes and recording artists like Shakira, while taking moments to delight with Murmuration X le ballet des lucioles (Fireflies).