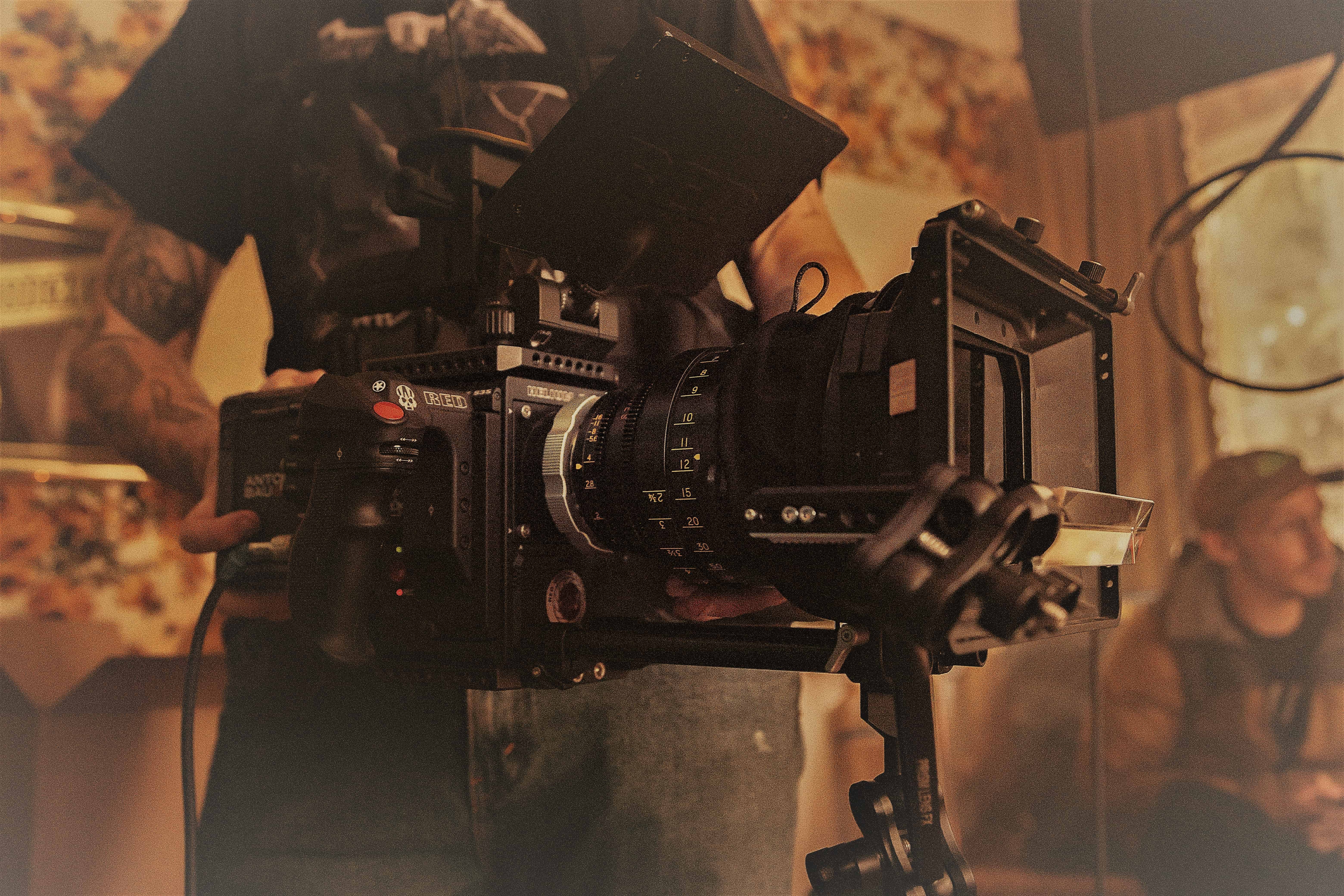 There’s much robust conversation and debate with industry insiders and the Australia community at large questioning Australian Government spending in the film and television industry asking why governments of the day are funding Hollywood films and blockbusters at the expense of Australian stories and talent?

Big challenges ahead for the Australian film and television sector as they fight for a piece of pie that’s so easily won by industry heavy weights. Home-grown stories have their backs up against the wall with challenges coming in hard and fast from wall-to-wall imports and the complexities that underpin our current industry structure. In an ever-increasing global landscape, the Australian film and television industry is fighting for its survival as deregulation and airwaves compete for stories to be produced and told. It’s a billion-dollar industry with a stake for content quotas and funding applications. So why do foreign productions receive bigger tax breaks?

How much does Australia sponsor in tax incentives for foreign imports? Thor: Ragnarök cuddled up to $47.25m in direct funding and with the dollar at the time at US $0.70 means spending US dollars in Australia does make a heck of a lot of sense. The cash injection of $47.25m also comes with a complimentary 16.5% tax offset the production received as an incentive known as a ‘location offset’. For those in the know you’d be aware a ‘location offset’ is designed to entice big-budget ($15m+) film productions to Australia. Queensland was the screen hub and location of choice for the international blockbuster with reports the film employed approximately 1,000 Queensland cast and crew and injected an estimated $142 million into the Queensland economy plus there was the bonus of Queensland logos – government and destination stamped at the end of the film credits.

At the end of the day, it’s money that talks. The Ministry for the Arts (as it was known at the time) notes for the 2014-2015 financial year, there were 56 applications for the ‘Location Offset’, which led to production expenditure in Australia of $356.73 million. Rebates payable for the same period for those offsets totaled $69.4 million. In comparison Australia films also receive a tax rebate known as the ‘Producers Offset’, which provides a 40% rebate on production costs if the production qualifies as ‘significantly Australian’.

Sadly over the last several years, the Australian Government has cut funding for Australian film by approximately $51 million and partnered with foreign import initiatives to the tune of approximately $70 million to enable American blockbusters to be made in Australia, as well as providing very generous tax breaks. These subsidies will provide temporary employment for technical production and support crew but what does it hold for Australian filmmakers, writers, actors, editors or directors? While these blockbusters keep breaking box office records it’s argued that Australian connections will always hold with an Australian audience and implant into our language, passion and identity.

Red Dog — Vanno: “The world is a funny place, no? Sometimes you pick your dog. Sometimes your dog picks you.”

Kenny — Kenny: “There’s a smell in here that will outlast religion.”

Chopper — Chopper: “Why would I shoot a bloke BANG, then carry him to the bloody car and whiz him off to the hospital at a hundred miles an hour? It defeats the purpose of having shot him in the first place. I find that bloody insulting.”

Australia does need to stay competitive in the market considering many international competitors offer a rebate of 30% but we seriously need to question and raise our voices about our homegrown talent and stories. There is a deep respect globally for Australian talent and work ethic generated in this country and so many stories to weave and share and dare I say ‘all stories’ told and produced by an Australian whether in the typical sense of ‘significantly Australian’ or not should have opportunity.

As the debate rages, new platforms and tech giants continue to consume with worldwide subscriptions while Australia lags to protect the industry from being swamped. South Korea and France have ‘shaken the tree’ so to speak mandating quotas and subsidy systems, while the EU has mandated a 30% local content quota for new market players such as Netflix investing US$1.75 billon in content which relates directly to its people. Currently Australia has no system in place to secure such an investment across screen applications.

With the rise of subscriptions and online content Australia seriously needs to rethink and establish content rules. In 2015-2016 the release of the Australian Bureau of Statistics report on Film, Television and Digital Games notes that the income from subscription broadcasters and channel providers (A$5.3 billion), for example Netflix, Stan and Foxtel, now exceeds that of commercial free-to-air broadcaster (A$3.9 billion). Don’t get me wrong I’m a big fan of the subscription broadcasters, although I’m not comfortable nor wish to be starved of local content!

Coming to our shores next is team Baz Luhrmann, Sydney born Australian of whom we’re all very proud with box office success – Romeo and Juliet, The Great Gatsby, Moulin Rouge and Strictly Ballroom. Luhrmann is one of the great filmmakers of the world and proud to work in Australia providing the opportunity to have Australians working alongside him to produce box office success. Luhrmann’s next film will explore the life and music of Elvis Presley. The deals signed with the Queensland Government, with an expectation to employ 900 Queenslander’s in roles across set construction, catering and costume design and inject around $105 million into the Queensland economy. Furthermore Baz does keenly advocate working and mentoring the next generation of Australian film and television producers and artists especially in the development of creative culture and supporting filmmakers, storytellers and artists.

Currently in Queensland alone there are more than 340 film and video production, post-production and digital gaming businesses and the Gold Coast is home to the largest sound stage in the southern hemisphere, so nice to see this infrastructure is well utilised and in demand. Queensland has had 16 major international productions supported by Screen Queensland through the ‘Production Attraction Strategy’ since 2015 creating more than 5,500 jobs.

International film and television certainly have benefits, although the question still remains – how does culture compete and what makes screen content Australian? Screen Australia must be satisfied that a project has a significant level of Australia content, referred to as ‘meeting the SAC test’.

Through globalisation the competition is crushing, so how long can it hold that funding for screen content to be considered Australian can only be set in an Australian environment with Australian characters – some call it the ‘kangaroo and koala’ effect. What is critical is an Australian perspective on the world. Can the ‘significantly Australian’ content test be improved to stop this debate?

With global factors at work, affecting both program-making and distribution of local content, the federal government’s film-funding agency shows that in 2016/2017, the total Australian expenditure on local drama production was $1.28 billion, nearly half of which $610 million came from foreign import. Furthermore audience viewing habits are changing especially among younger people (18-34 years) where trends reported by the Australian Communications and Media Authority demonstrate a shift away from broadcast and towards streaming services with rapid acceleration providing a clear indicator of generational differences.

If an Australian filmmaker has a great story to weave should this content be in the running for Australian funding as the project is led by an Australian where every frame is shot in Australia, the bulk of editing, rendering, construction, cast and crew is Australian but the storyline doesn’t feed the ‘kangaroo and koala’ effect? The biggest challenge facing industry, is to find a balance between supporting Australian content and stories that identities with our culture and people, supporting Australian directors, artists, writers, and workers who are Australian but their content is based outside the ‘significantly Australian’ criteria, as well as the international blockbuster markets driving foreign imports where money talks and economic stimulus achieved.

Either way we can’t aspire without decision-making by the Australian Government and associated bodies. The longer we sit on the fence, competition across digital platforms, content creation and global markets will continue to exponentially grow with access into every home and movie theatre.